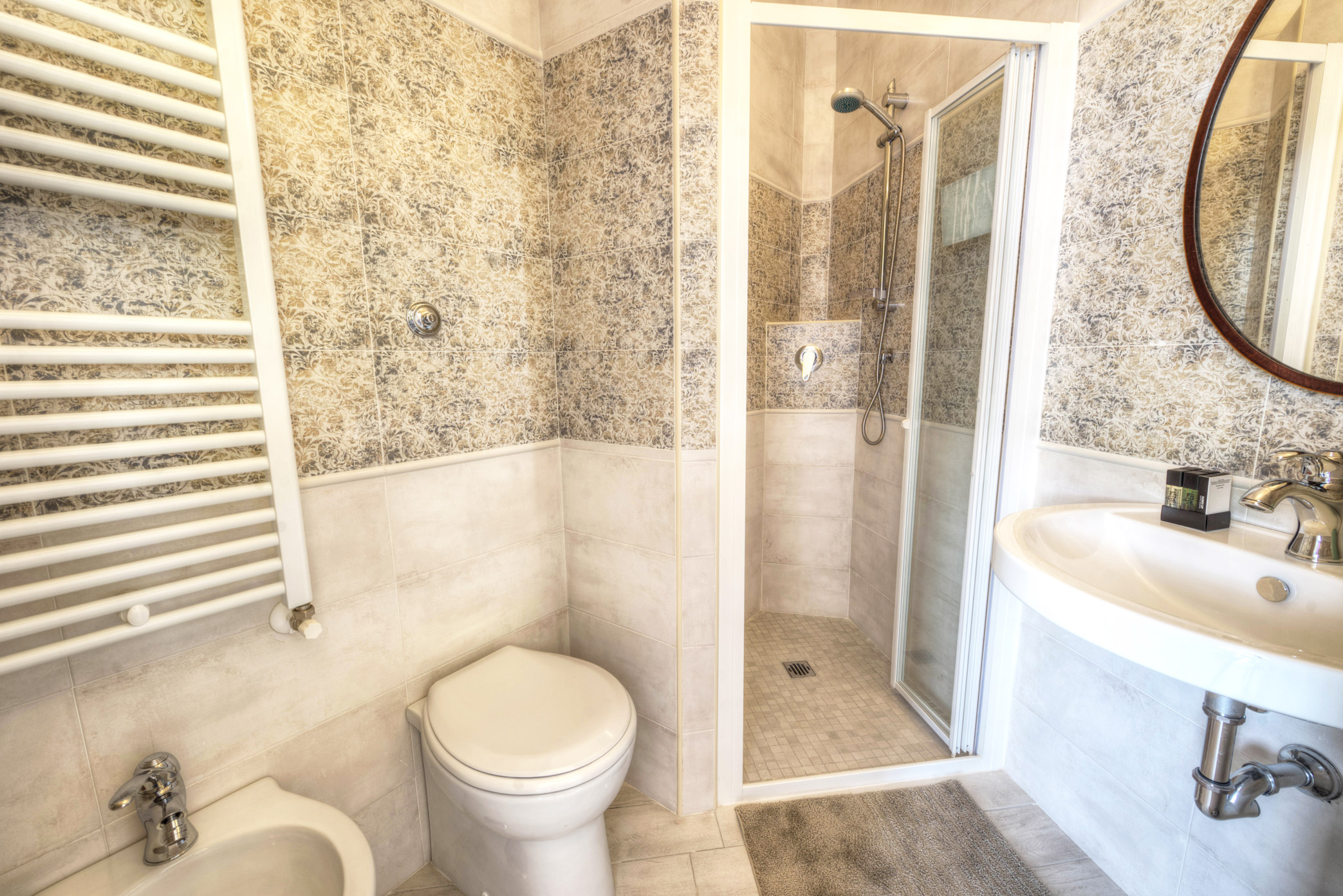 The beautiful mirror reflects all the charm that this room has to offer.

The king sized means that you won’t have to fight your partner for space. The toilet comes equipped with all modern hotel amenities and for anything extra you can always count on Chef Romitelli’s help.

The little balcony facing the town will give you a glance into the village’s life.

Italy’s Stile Liberty took its name from the British department store Liberty, the colorful textiles of which were particularly popular in Italy. Notable Italian designers included Galileo Chini, whose ceramics were inspired both by majolica patterns and by Art Nouveau. He was later known as a painter and a scenic designer; he designed the sets for two Puccini operas Gianni Schicchi and Turandot.

The Teatro Massimo in Palermo, by the architect Ernesto Basile, is an example of the Italian variant of the style, architectural style, which combined Art Nouveau and classical elements.

The most important figure in Italian Art Nouveau furniture design was Carlo Bugatti, the son of an architect and sculptor, and brother of the famous automobile designer. He studied at the Milanese Academy of Brera, and later the Académie des Beaux-Arts in Paris. His work was distinguished by its exoticism and eccentricity, included silverware, textiles, ceramics, and musical instruments, but he is best remembered for his innovative furniture designs, shown first in the 1888 Milan Fine Arts Fair. His furniture often featured a keyhole design, and had unusual coverings, including parchment and silk, and inlays of bone and ivory. It also sometimes had surprising organic shapes, copied after snails and cobras.

Send a reservation request for the Liberty Room.

Your home away from home