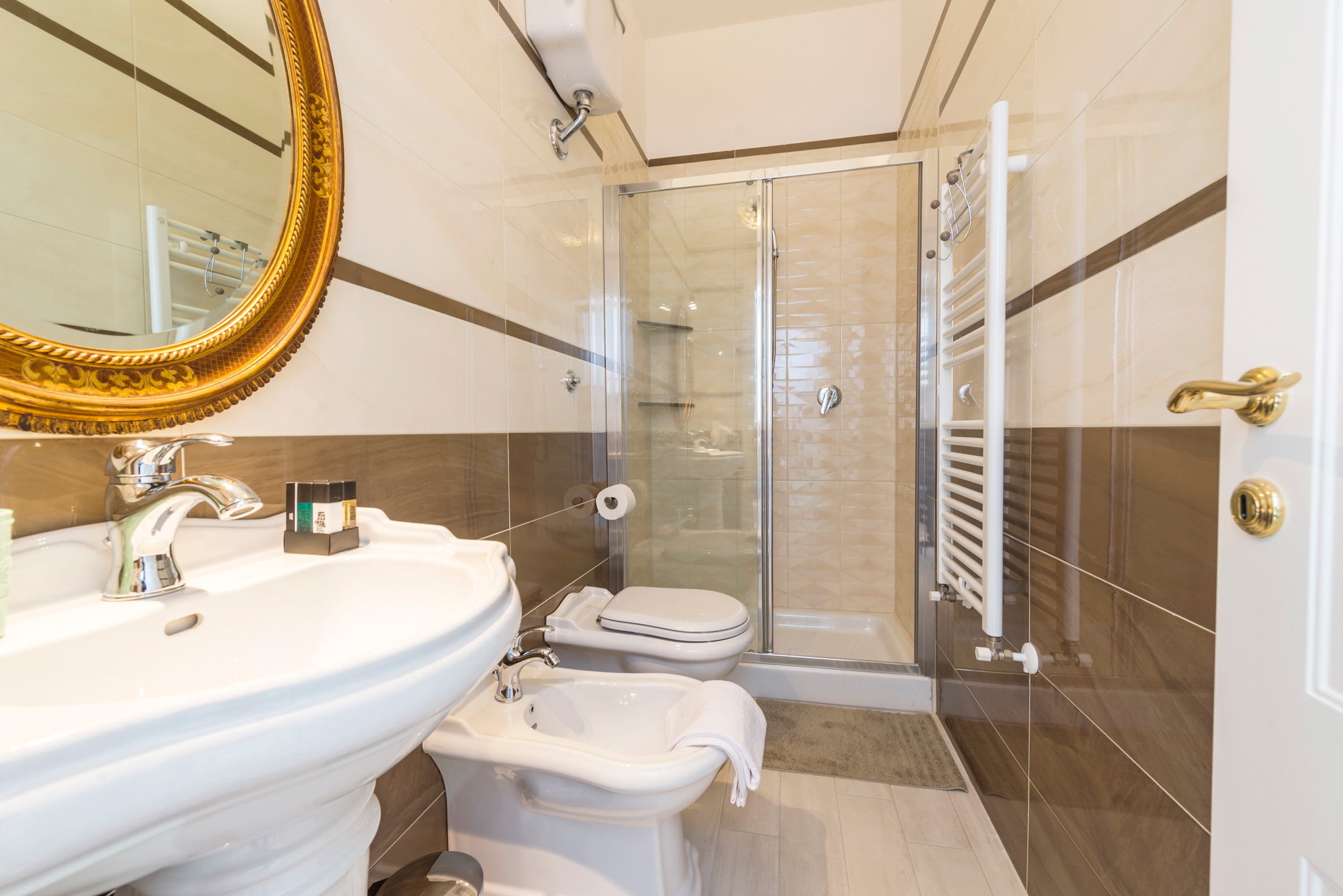 From the drawing on the wall to the large balcony, every part of this room will make you feel welcomed.

The King sized bed means that you won’t have to fight your partner for space. The toilet comes equipped with all modern hotel amenities and for anything extra you can always count on Chef Romitelli’s help.

The large balcony can is the perfect place for that late afternoon cocktail, it can also accommodate two sun loungers if you are having one of those lazy days.

Art Nouveau and the Influence of Japanese Art

Around 1860 commerce with Japan began to develop. Before that time, Japan had lived in complete seclusion for centuries. European artists saw Japanese woodblock prints for the first time and were mesmerized. Japanese art became very fashionable in Europe and European artists like van Gogh, Gauguin or Toulouse Lautrec were influenced by it. The use of large, flat colored areas and designs without any use of perspective, show the Japanese influence.

Like Impressionism, Art Nouveau was a rebellion against classical and traditional art. The movement was very successful in going beyond the borders of fine art and spreading into commercial and decorative arts. Famous artists likeAlphonse Mucha or Gustav Klimt, went into such fields as high fashion and jewelry designs.

Send a reservation request for the Butterfly Room.

Your home away from home